There is a difference between the original motivation to forgive and what forgiveness itself actually is. Oftentimes, people start the forgiveness process to rid themselves of unhealthy anger. If they still go through the forgiveness process by committing to do no harm, try to understand who the other person is, bear the pain, and offer respect and kindness toward the offending other person, then this is actual forgiveness. The initial motivation to forgive can change so that a new motivation is to aid the one who acted unjustly.

For further information on this, you might want to read my essay (click the link below), at Psychology Today, entitled, 8 Reasons to Forgive.

Editor’s Note: Except for those literally living under a rock, few can deny that forgiveness has become not only an accepted but sought-after area of scientific psychological research during the past few decades. Forgiveness interventions have been tested, enhanced, and endorsed for both their psychological benefits as well as their physical health benefits. This year, in fact, marks a significant anniversary in what has become a remarkable evolution. Here are some of the significant dates in that chronology:

1989 – The first empirically-based published article in which there was an explicit focus on person-to-person forgiving appeared in the Journal of Adolescence. The article, “The Adolescent as Forgiver,” assessed two studies that focused on how children,

“This year marks an important 30th anniversary of which the world is hardly aware and from which the world has greatly benefitted,” Dr. Enright, founder of the International Forgiveness Institute, wrote earlier this month in a Psychology Today blog article referring to those pioneering studies and the Journal of Adolescence article. “Prior to this study, there was research on apology, or people seeking forgiveness, but never with a deliberate focus on people forgiving one another.”

In the first 1989 study, 59 subjects in grades 4, 7, 10, college and in adulthood were interviewed and tested to assess their stages of forgiveness development. As predicted, the study provided strong evidence that people’s understanding of forgiveness develops with age. Study 2, with 60 subjects, replicated the findings of Study 1.

1993 – The next empirical study of forgiveness was published that introduced Dr.

Enright’s Process Model of how people forgive. (Hebl & Enright, 1993). This study showed that as elderly females forgave family members for unjust treatment, then they (the forgivers themselves) became psychologically healthier. This was the first published intervention study and it showed a cause-and-effect relationship between learning to forgive and the subsequent positive changes in psychological health.

1995 – Other researchers began to publish the results of their studies as they, too, took up the empirical cause of forgiveness. Dr. Enright, on whom Time magazine bestowed the title “the forgiveness trailblazer,” shared the knowledge he gained from his groundbreaking forgiveness research with inquisitive researchers around the globe who significantly broadened the scope of forgiveness investigations.

2015 – The empirically-based treatment manual, Forgiveness Therapy, is published by the American Psychological Association. Its authors: Dr. Robert Enright and psychiatrist Dr. Richard Fitzgibbons. Its audience: thousands of mental health professions around the world who are helping to make forgiveness therapy a gold-standard therapeutic treatment like psychoanalysis and cognitive behavioral therapy.♥

“Healing the emotional and relational wounds for couples.” 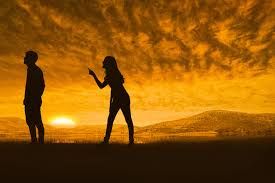 Current statistics tell us that such conflict is all too common today.  According to the American Psychological Association, about 50% of those who marry end up divorced and second marriages break up at an even higher rate. How can one start now to reduce the inner conflict that can lead to couples’ conflict?  I would like to suggest the following five forgiveness exercises, which can be started today, as a way of addressing both inner conflict, resentment, and misery and relational misery.
.

With these ground-rules in place, let us go to the first exercise.  Together, talk out what it means to forgive another person.  You might be surprised to learn that you are not in agreement as to what forgiveness actually is because such a discussion of its meaning is rare.  Common misconceptions are these: To forgive is just to move on from difficult situations; to forgive is to forget what happened;

The second exercise is to talk out the hurts that you received in your family of origin, where you grew up. Let the other know of your emotional wounds. This exercise is not meant to cast blame on anyone in your family of origin. Instead, the exercise is meant for each of you to deepen your insight into who your partner is. Knowing the other’s wounds is one more dimension of knowing your partner as a person.  As you each identify the wounds from your past, try to see what you, personally, are bringing from that past into the relationship. Try to see what your partner is bringing from the past to your relationship.  Who, now, is your partner as you see those wounds, perhaps for the first time?

For the third exercise, together, and only if you choose this, work on forgiving those from your family of origin who have wounded you. Support one another in the striving to grow in the process of forgiveness. The goal is to wipe the resentment-slate clean so that you are not bringing those particular wounds to the breakfast table (and lunch table and dinner table) every day.  You can find direction in the forgiving process in my  book, The Forgiving Life (American Psychological Association, 2012).  Walking this path of forgiveness takes time and should not be rushed.  Assist one another in this path.  Be the support person for the other.  Each one’s personal forgiveness journey is made easier when it is a team effort. 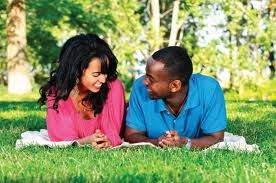 Finally, the fifth exercise: persevere in your forgiveness discussions.  As an analogy, you do not become physically fit by four weeks or even four months of effort that then is abandoned.  You have to keep at it.  To become forgivingly fit, you need to set aside even a little time, perhaps 15 minutes a week, to discuss the injustices impinging on either or both of you, from inside the relationship, inside the family, or outside of it……..and then forgive and help the other to do so.  You do not have to let the injustices of the past and the current inner miseries dominate you or your relationship.  Forgiveness offers a cure for the misery and, at the same time, hope for a renewed and strengthened relationship.
.
Posted in Psychology Today March 11, 2017

“I come to you today with an idea.  Ideas can lift up or tear down.  They can be conduits for good or for great evil.  Having studied the idea

of forgiveness for the past 33 years, I am convinced that to date, the world has missed one of its greatest opportunities: to understand, nurture, and bring forth the idea of forgiveness within the human heart, within families, schools, workplaces, houses of worship, communities, nations, and between nations.

“Given the scientifically-supported findings across a wide array of hurting people across the globe, it is now obvious to me that forgiveness is an answer to the darkness, the injustice, the evil that can suddenly cascade down upon a person,

overwhelming, devastating the inner world of that person who is caught off guard by the unfair treatment. When this happens, resentment can burst forth in the human heart, grow there, and become the unwanted guest that sours outlooks and relationships.
Resentments destroy; forgiveness builds up.

“Forgiveness is the strongest response against the ravages of resentment that I have ever seen. Forgiveness as an insight that all people have worth can stop the march of the madness, the cruelty, the acrimony dead in

their tracks.  Forgiveness as a free choice to offer goodness when others refuse to offer it back can shine a light in the darkness and destroy evil. Yes, forgiveness can destroy evil because the light of forgiveness is stronger than any darkness and while some scoff and laugh at that, those who have the courage to try tell me that forgiveness is the over-comer, the defeater of a life being lived with bitterness and revenge-seeking.

Forgiveness can change the world–and YOU. How will you now contribute to this new idea? Read the rest of Dr. Enright’s “big picture” blog essay in the current issue of Psychology Today then send us your comments.